An acting chameleon who can easily lose himself in the life of his film and TV characters, Clifton Collins Jr. is a native Angeleno who grew up destined to become a part of the Latino entertainment industry. His great-grandparents on his mother’s side were a Mexican trumpet player and Spanish dancer who formed a traveling family act, and his grandfather was well-known character actor Pedro Gonzalez Gonzalez, most famous for his humorous sidekick roles in 1950s/1960s John Wayne westerns (he played the excitable hotel keeper in Rio Bravo (1959)) and in TV sitcoms. His uncle and aunt dabbled in the business at one point as well. While his famous granddad was unable to break out of the old unflattering Latino stereotypes, Collins Jr. has done Pedro proud in the new millennium. Playing everything from cops to boxers to serial killers, he has managed to transcend the typical racial trappings of his grandfather’s era and play flesh-and-blood, three-dimensional characters. It was not always that way. 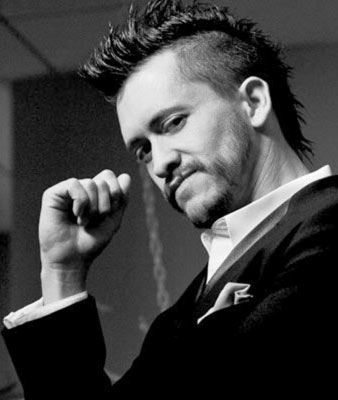 Born short, lean and mean on June 16, 1970, he started his career in 1988 using his real name of Collins, but two years later began billing himself as “Clifton Gonzales-Gonzales” as a tribute to his aged grandfather and his early accomplishments. Pedro, who died in 2006, lived long enough to witness his grandson’s achievements. Toiling in typical “barrio” roles at the beginning of his career, Collins Jr. found himself stuck in bit parts either as a struggling blue-collar worker or urban thug. In the mid-’90s he began to search out and win standout roles that enabled him to break the confines of the Latino stereotype. He slowly moved up in billing, even in mediocre material such as the futuristic prison flick Fortress (1993) and the mindless ’70s rock-era comedy The Stöned Age (1994). His breakout role as Cesar, the vicious student and gangbanger in One Eight Seven (1997) opposite L.A. substitute teacher Samuel L. Jackson, set him on the right path. This led to a mesmerizing collection of other portrayals, both good-guy and bad-guy, in such films as The Replacement Killers (1998), The Wonderful Ice Cream Suit (1998) and Tigerland (2000). His versatility finally tested, he played everything from a gay Mexican hitman in the critically acclaimed Traffic (2000) to a psychological profiler for the FBI in the mainstream actioner Mindhunters (2004). A number of top guest appearances came his way on such shows as “NYPD Blue” (1993) and “The Twilight Zone” (2002) and he had recurring roles on “Resurrection Blvd.” (2000) and “Alias” (2001).

A monumental shift forward in his career happened recently with his hypnotic portrayal of killer Perry Smith, the object of writer Truman Capote’s obsession, in the art-house favorite Capote (2005). Decades ago Robert Blake played the same part in the gripping Capote book-to-film In Cold Blood (1967). This heralded achievement has enabled Collins to move into the co-producer’s chair of late, notably for Rampage: The Hillside Strangler Murders (2006), in which he inhabits the role of serial killer Kenneth Bianchi. Obviously, there’s plenty more in the works for this major talent.

YOU BET YOUR LIFE

Groucho asks Pedro Gonzalez Gonzalez about getting married so young on his show YOU BET YOUR LIFE.